The Accrington Stanley Academy Development Squad brushed aside Tranmere Rovers in an excellent 4-2 win at Stanley Hub on Wednesday afternoon.

Stanley returned to cup action with a commanding display over their Merseyside opponents with goals coming through an RJ Hudson hat-trick and a rare goal from skipper Mitchell Marshall. 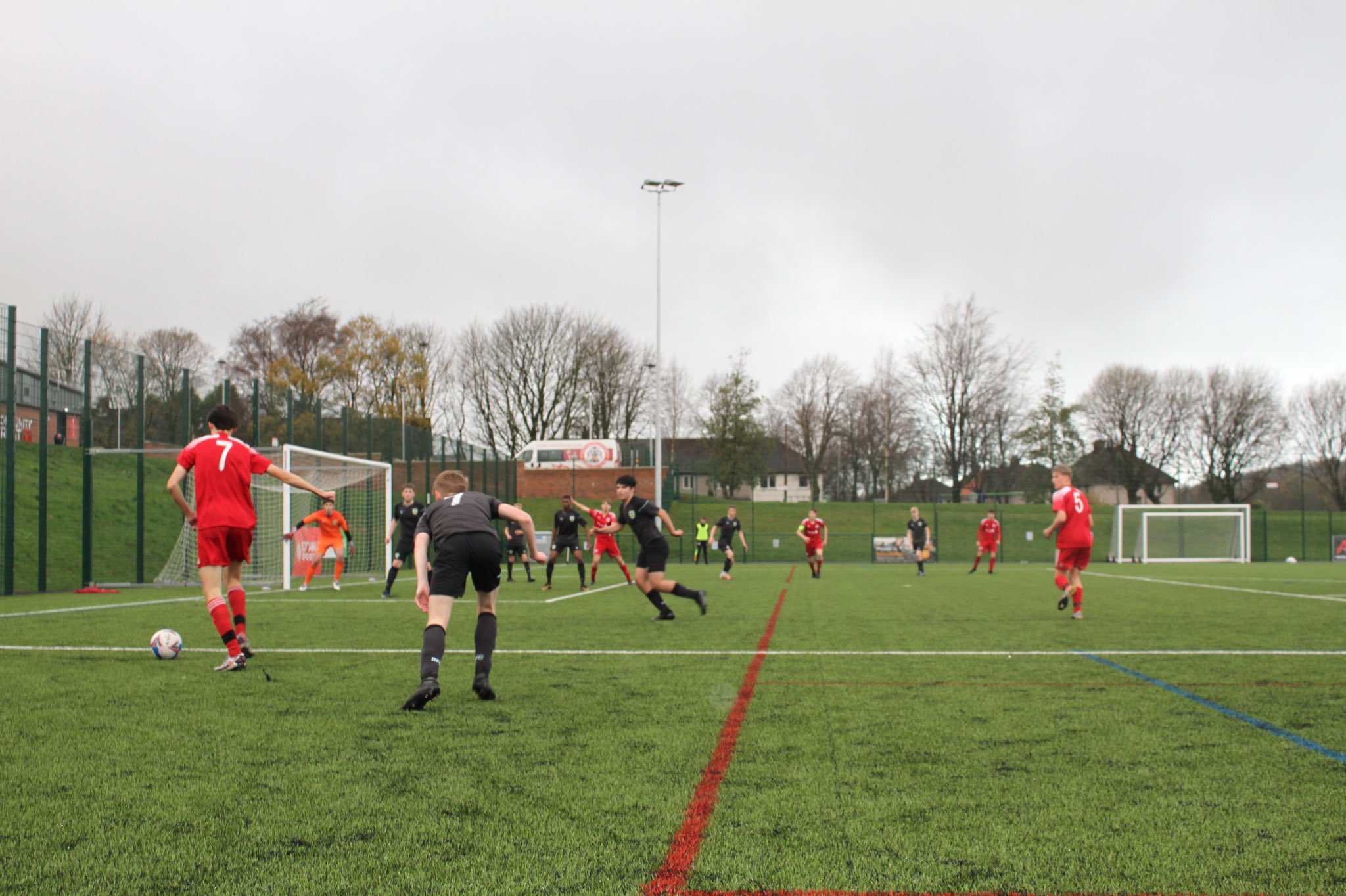 It didn’t take long for the Reds to make an impact on proceedings after Jamie Sanderson played an inch perfect through ball to Hudson who calmly slotted home after only 60 seconds.

The home side continued to dominate with two chances in as many minutes as Jack Clegg’s close-range effort was denied by the visiting goalkeeper on seven minutes and then goalscoring Hudson looked to turn provider moments later after neatly laying off his free kick to Sanderson whose effort from distance struck the post and rolled away to safety.

Tranmere’s first chance of note came after 10 minutes as number 14 looked to test Marcus Jennings from range, but the shot deflected off captain Marshall and safely into the hands of Stanley’s number one.

Five minutes later and the hosts found themselves with the perfect opportunity to double their advantage. Hudson was pulled back in the box after again causing trouble amongst the visitors back line, however the midfielder couldn’t convert the resulting penalty which saw his venomous effort rebound back off the crossbar.

Tranmere would soon capitalise on the penalty miss when, on 28 minutes, the white’s number three picked up possession at the edge of the Accrington box and calmly slotted the ball into the bottom corner, irrespective of offside calls from the hosts.

Despite chances at both ends, the sides would go in level at half-time with everything to play for. 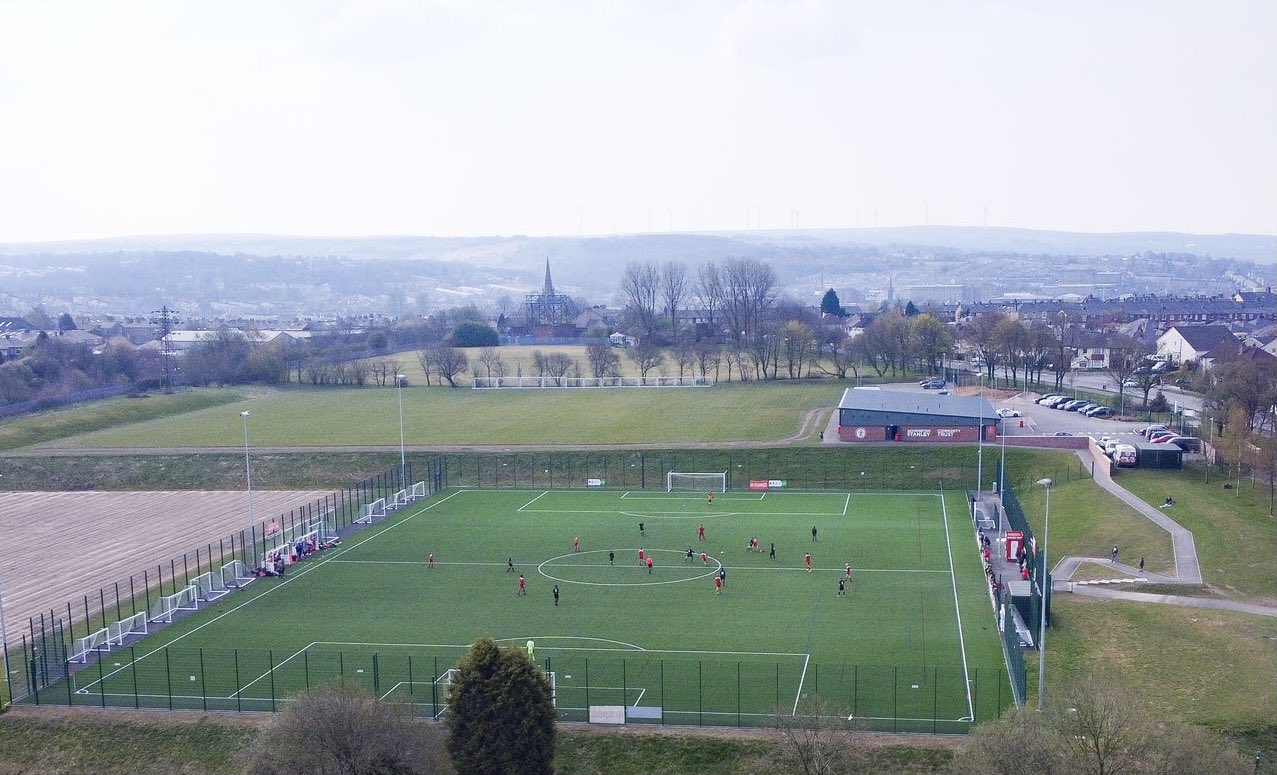 The Reds were again quick out of the blocks and their strong start was rewarded on 55 minutes. Juvi Okorie produced some tricky footwork, bamboozling the Rovers defence before laying off possession to Hudson who cut inside and curled an effort home.

Nine minutes later and Stanley increased their advantage when a corner was sent into the mix before Clegg’s clever dummy confused the men in white, resulting in the ball falling perfectly to Marshall at the back post who made no mistake.

The goal of the game came only a minute later. Hudson secured his hat-trick after controlling a cross field ball, turning the defender and coolly bending the ball beyond the Tranmere goalkeeper and into the top-left corner, a deserved triple for Hudson.

Tranmere did manage to find a way back into the game three minutes later after their striker was bundled over in the box, number four making no mistake from the spot.

Both Stanley and Rovers managed to carve out a series of chances, most notably on 85 minutes when Clegg looked to kill the game off, but his effort from inside the box could only clip the post.

An impressive series of saves from Jennings late on ensured the Reds were able to hold on to a highly deserved 4-2 victory and can now look forward to the next round of the CEFA Cup.

Stanley are next in action next Wednesday where they face today’s opponents Tranmere Rovers in the league.

Half term Holiday Clubs at the Hub!

Help us make a difference to the community

You can find out more about which cookies we are using or switch them off in settings.

This website uses cookies so that we can provide you with the best user experience possible. Cookie information is stored in your browser and performs functions such as recognising you when you return to our website and helping our team to understand which sections of the website you find most interesting and useful.

Strictly Necessary Cookie should be enabled at all times so that we can save your preferences for cookie settings.

If you disable this cookie, we will not be able to save your preferences. This means that every time you visit this website you will need to enable or disable cookies again.